The Association is indebted to Doug Marr for his album of photographs and recollections of 208 Squadron between June 1965 and August 1967, herewith faithfully reproduced below. 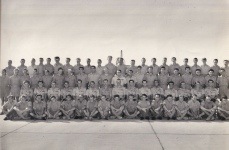 Shortly after my arrival on the Squadron the picture to the right was taken of groundcrew and aircrew together. Pete Day and I were the most recent arrivals.

The Steely-Eyed Killers, Jockeys
- or less affectionately termed 'Breakers' by the 'Menders'. 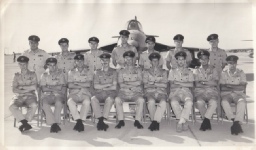 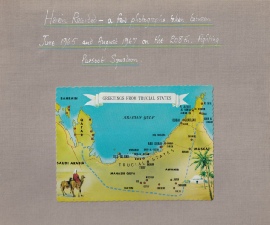