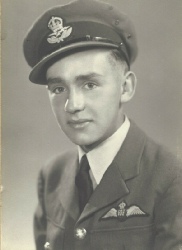 Harry Tapner – now where do you start? Although he was Christened Humphrey Harold Tapner, almost as soon as he could talk, he decided that wasn’t the name for him. So, he became Harry or Tap to all his friends with only his family in Bournemouth ever referring to him as Humphrey! This did cause his late wife, Marjorie, some difficulties at Christmas when she was left with the job of writing the cards – “Now, who are you to this person?” she would ask, when signing their names.

Harry was born in Bournemouth on New Year’s Day 1924, the sixth of seven children of Emily and Henry Tapner. Like his father, Harry always had an interest in anything automotive and after leaving school in December 1937, just before his fourteenth birthday, he went to work as an apprentice auto electrician. Harry was also a 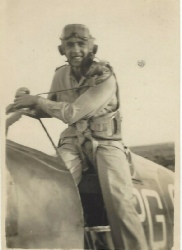 member of the Air Defence Cadet Corps. He applied to the RAF for a place as a Boy Entrant but was not considered suitable due to the standard of his education.

Following the start of World War Two the number of private cars reduced and the need for auto electricians diminished. Harry then went to work at a local factory making shells for the Royal Navy. He was now 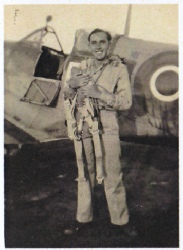 no longer an apprentice and he trebled his weekly wage although this work was much less interesting and also very noisy.

Just over a week before his eighteenth birthday, Harry decided it was time he volunteered to become air crew within the RAF. However, he omitted to mention this decision to his parents and it wasn’t until after he had enrolled that he finally told 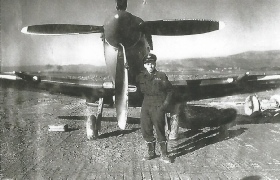 them. It was not until the latter months of 1942, following numerous interviews, mountains of paperwork and a number of rather embarrassing medical examinations that he finally joined up. This was the start of one of the most important chapters in Harry’s life and one of which he was justifiably proud and which had a profound effect upon him. There isn’t time here to tell you about all his exploits but he did write a very upbeat book “So, You Are Going to be a Pilot…” which gives a wonderful insight into life in the RAF during these ……