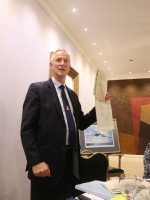 They included items such as the map that was used by Nigel Maddox and Bill Graham to fly through the high-rise blocks in Beirut. This is the map they used, and it was going to be thrown in the bin, so I rescued it.

Whilst on Detachment, I was the programmer, and I wrote the flying programme whilst I was on duty there. I therefore thought it would be quite interesting to extract a few pages from the original book and show them at the Reunion. The book itself is almost an inch thick, and obviously too heavy to bring across from Belgium where I live, so I have extracted a few pages that give a flavour of what 208 was doing at that particular time. 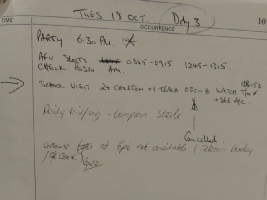 The following anecdote was presented to the 2019 Association Reunion by the Chairman, Dave Trembaczowski-Ryder.

Many of you may of heard of Operation PULSATOR, which was during the Lebanese Civil War in 1983/84 when Buccaneers deployed to RAF Akrotiri. Details of the actual Operation by Air Commodore Ben Laite, who was one of the Squadron Commanders out there that led the team, are included in the Buccaneer Chapter of this Website at the following link: 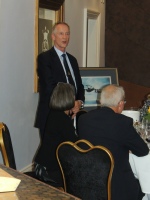 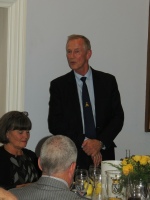 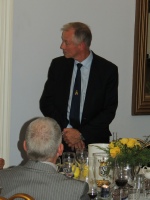