The End of the Mighty Hunter (1)

'And Then Came The Mighty Hunter' 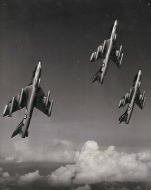 The year 1958 was a very significant year for Number 208 Squadron, for it was then that this Squadron entered the swept-wing jet era, having entered the first-generation jet age just eight years before. The Hawker Hunter was already the Royal Air Force's principal front-line fighter and 208 was selected to be the first squadron to operate the type in the Middle East, very soon after tropical and desert trials had been carried out.

After the Suez Crisis, 208 Squadron relocated to Malta, retaining its Meteor FR9s and settling in at RAF Luqa. 39 Squadron was the other reconnaissance unit on that station, but it had handed in its Meteor PR10s in exchange for Canberras, and soon 13 Squadron was to do the same in Cyprus, so the reconnaissance requirement for the Middle East was changing and 208 was able to be 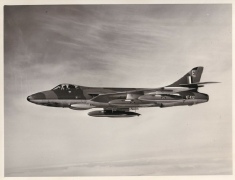 re-assigned and re-equipped. That decision brought it into the long list of Hunter squadrons and moved its home from Malta to Cyprus.

Re-equipment took place at Tangmere, where 34 Squadron was re-numbered 208 and its Hunter 5s were replaced with a mixture of newly-factory-converted and original-build Hunter 6s, drawn from the factory lines at both Kingston and 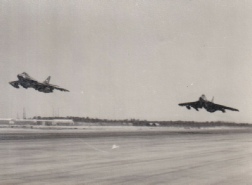 Bitteswell. It was a very mixed bag, but all were shiny and new as they arrived at RAF Nicosia.

The Squadron was formally formed at Nicosia on the 40th birthday of the RAF itself, 1st April 1958, and on that same day the Meteor FR9 unit at RAF Luqa was stood down. The new squadron 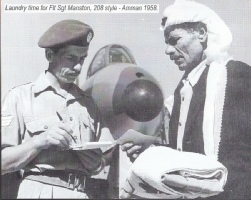 was placed under the command of Squadron Leader John H Granville-White, who had already flown in anger the Hunter's principal competitor, the North American F-86F Sabre, in Korea. He had combat experience, had shot down a MiG 15, had been credited with a second 'probable' and had been awarded the USAF's Air Medal and Distinguished Flying Cross. This was 'GW's first squadron command and the year ahead was to be an interesting year , beginning with an Armament Practice Camp at Akrotiri then, shortly after that in July 1958, the detachment with BRITFORJOR to Amman in Jordan after the military coup initiated by General Kassam and the assassination of the whole Iraqi Royal Family, a tragic and barbaric event.