John then saw Cloughie go towards his bike, so off he and his wife drove, happy that Cloughie was going home. It wasn't clear exactly what happened next, but for some reason Cloughie did not leave immediately.

It turned out that these men were Royal Irish Rangers, there were 4 of them, they'd come from their barracks on the other side of the island to celebrate New Year, and like Cloughie, they'd had a fun night out. How they were going to get home was anyone's guess, as in those days there weren't taxis out on Muharraq Island or even Manama at that time of night. They were faced with a very long walk, and it's fair to assume that they'd had their fill of alcohol. As of course had Cloughie.

Being good infantrymen, they were happy not to let things go. You can just imagine it:

Cloughie: "I'm going, but you shouldn't have been walking on that side of the road."

Ranger: "You shouldn't have driven so close to us."

Cloughie: "You shouldn't have stuck your arm out."

Ranger: "You shouldn't have been so close that I could touch you."

Well, things got worse, and like all good infantrymen, these Rangers liked nothing more than a fight, and they were quite happy to let the argument escalate into a fight. It didn't matter to them that Cloughie, having taken off his 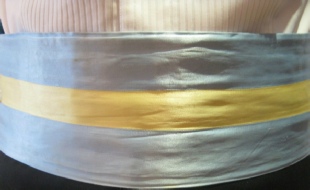 dinner jacket and tie before he set out, was wearing a white dress shirt, squadron cummerbund, DJ trousers and patent leather shoes, so was obviously an officer.

And it didn’t matter to them that another obvious officer, and his wife, had seen them. Cloughie was quite happy to take them on, but given the numbers he did end up receiving at least as much as he gave, hence his rather battered appearance the next day.

Still, everyone had gone home eventually, no one was seriously injured, and Cloughie wasn't bothered the next day. John Houghton had thought no more of it, and as he wasn't on 208 and lived downtown he wouldn't see Cloughie's appearance. The Rangers presumably weren't going to say anything either. That was the end of it as far as Cloughie was concerned. Get out it somehow did though, hence the huddled discussions and the summary of evidence. That there was a fight between an officer and other ranks was bad news, and that it involved the RAF and the Army meant that the Station Commander had no option but to pass the matter for court martial.