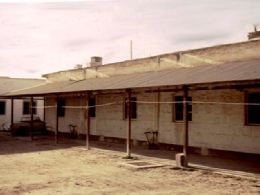 The addition to the Association's website of photos of Dave Clough at a netball match triggered my memory of his court-martial in early 1970. I well remember those painful days, as I was somehow lumbered with being his escorting officer during the trial. There had been the usual New Year's Eve party at the Officers Mess RAF Muharraq, and at stack time, in the early hours, off we all trooped to our accommodation block.

Cloughie decided, unbeknown to the rest of us, that it would clear his head to have a quick spin on his motorbike before he 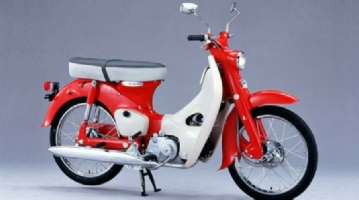 went to bed. I say "motorbike", but what most of us had was the Honda 50, and mostly second-hand ones at best. All of 49cc, with a top speed of about 40mph. The speedometers were in kph, so unless there was a headwind we could see we were doing over 60 at max throttle. It looked speedy on the dial, and of course max throttle was our normal setting. Zoom!

No-one missed Cloughie that night, we assumed he'd gone to bed at the same time as the rest of us, but at a late breakfast the next morning he looked somewhat battered, a few cuts and a black eye.

"What happened Cloughie?" asked one of 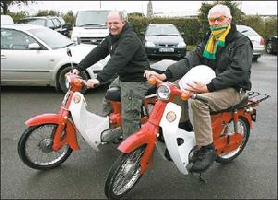 "Nothing much," he mumbled, "Fell off my bike last night."

He then explained about going for a ride to clear his head.

And that was the end of it - we thought. However, not many days later there were huddled discussions in the Boss's office, then Cloughie was called, something was going on.