Although it was initially a weapons-based event, 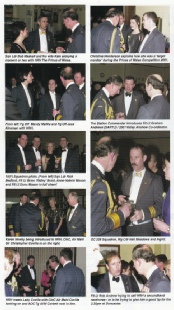 it became a flying skills competition to allow fuller participation between all Valley Hawk aircrew.

The winning pilot - this time the Trophy went to Flight Lieutenant Brian Braid - had to navigate and fly around Wales achieving a number of time and reconnaissance targets after only a short preparation.

Out of a possible total of 700 points, 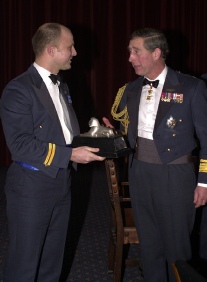 Flight Lieutenant Braid scored  630.9 - 85 ahead of his nearest rival.

Flight Lieutenant Sharpe earned widespread praise for his display routine, which he demonstrated at many major events, including the Royal International Air Tattoo.

This report first appeared in Royal Air Force News on 18 January 2002.
Click on the image below to read the original article. 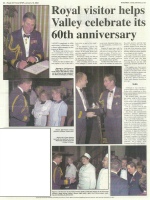