Originally a Cistercian Abbey dating back to the 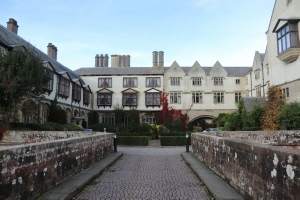 12th Century, and set in 500 acres of parkland and formal gardens, the historic architecture and natural beauty of the Coombe Abbey Hotel provided a wonderfully convivial setting for the 2022 Reunion of the Naval Eight / 208 Squadron Association. Having driven through the avenue of whispering lime trees and chestnuts, the guests gathered in the aptly-named Cloisters Room for pre-lunch drinks before repairing to the Kellway Room for the delicious 4-course lunch, expertly served by the hotel staff. 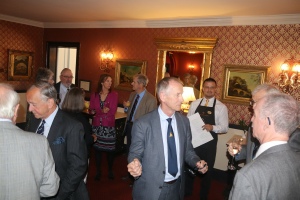 before a dessert of classic lemon tart with sweetened crème fraiche, chocolate soil, pistachio and meringue. Coffee and a chef's selection of petits fours followed, accompanied by a bottle of port, generously provided by the Chairman for the Loyal Toast to His Majesty The King: the first in the Chairman's life and the first in the Squadron's history since the beginning of the Meteor Chapter.

The Chairman thanked everyone for attending the Lunch and announced that the 2023 Reunion had already been booked at the RAF Club for Saturday 21 October 2023. Given that the Association had some 305 members in contact, it was disappointing that so few had attended this year's event although, understandably, there were many reasons why so many had sent their apo 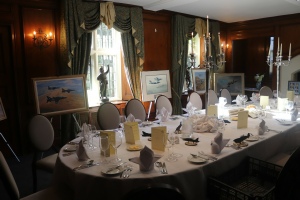 logies. Sadly, a number of members had passed away in the preceding year, and he asked everyone to join him in a toast to members who had recently passed.

The President reflected on his first reunion event when he had been Deputy Boss of 208 Squadron in 1980. There had been 120 people at that dinner, including the famous Geoffrey Bromet and Humphrey Edwards-Jones who, he recalled, were both really fiery characters. The gathering had been all men, which reminded him to thank the ladies present at today's Lunch for their invaluable support.