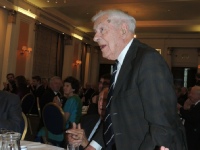 Born in Walthamstow in North London, Freddie joined the RAF in May 1941. After initial training in the UK, he went to Rhodesia (now Zimbabwe) to start flying training. He was sent to Syria to train on the Hurricane then posted to 208 Squadron in North Africa in September 1942 flying the Hurricane Mk II in the tactical reconnaissance role in the run-up to the Battle of El Alamein.

He was posted to 6 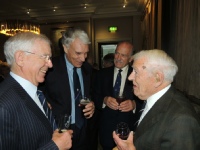 Squadron in October 1943 when they were converting to the rocket-equipped Hurricane Mk IV. He deployed with the Squadron to Grottaglie, near Taranto, in the heel of Italy in February 1944.

George Robertson, Editor of the 6 Squadron Association's Newsletter 'The Tin-Opener' said 'Freddie and 6 Squadron had a very busy time operating the Hurricane Mk IV on anti-shipping duties to disrupt the resupply of German forces on the Adriatic, and in support of Tito's partisans along the Dalmatian coast.'

'As the 8th Army advanced north, the Squadron 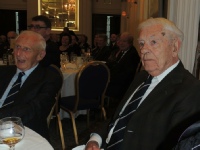 followed to Foggia, but often deploying forward to the Island of Vis. By now, Freddie was a Flight Lieutenant and a flight commander with increased responsibility. He never missed an opportunity to fly on operations. Conducting attacks on shipping, sometimes at night against heavy flak defences, was a very hazardous business during which the Squadron suffered heavy losses.' 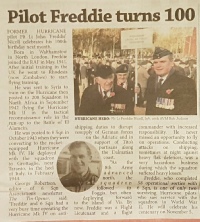 sorties with 6 Squadron is one of only 2 surviving Hurricane pilots who saw service with the Squadron in World War II. He is also one of the oldest surviving members of the Naval Eight / 208 Squadron Association and a strong supporter who regularly attended reunions. He is pictured below at the Squadron's 100th Anniversary celebrations in October 2016.

Click on the picture on the left to read this article, which was first published in RAF News on 30 October 2020.