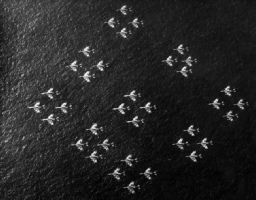 We're presumably all aware of the unique 22-Hunter loop, the largest formation ever looped. When George Ord was on his second tour on 208 Squadron, as boss this time, I remember chatting to him about this, and he showed me his log book.

My recollection could be wrong, but I have in mind that it had pages of the same thing: 2, 3 or 4 sorties each day, each sortie of only 15 or 20 minutes, and every one saying something like "Close formation, looping". 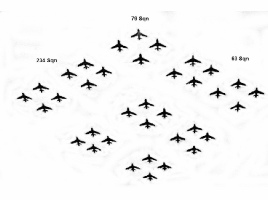 I was reminded of this when Pete Jones, Roger's deputy as 208 flight commander, and John Lumsden sent me their photos of this 36-ship, which performed at the RAF Chivenor Air Day on 7 August 1971.

There were actually 40 Hunters airborne for this, as there were 2 airborne spares, and 2 FR10s doing the whipping and of course taking photos. 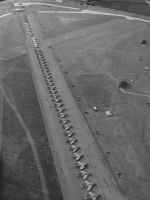 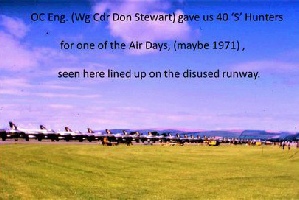